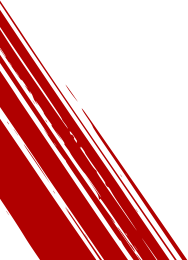 Maiky Mulder became European kickboxing champion two weeks ago. While he has only been involved in sports for two years.

Nakama Gym stands for togetherness, respect and loyalty. Owner John Kuipers has his roots in judo, but became more and more interested in the Eastern fighting technique. "I especially liked the strict etiquette. I translated that to kickboxing. There are strict rules in the gym. I am convinced that this will help my pupils and members advance in life. It is also necessary to give kickboxing a better image again We focus on three pillars: sport for people with disabilities, recreational and competitive athletes."

After the title, Mulder wants to become a professional one day

The Wilhelmus sounded in Groningen. The championship belt of the IRO - class up to 67 kilograms - hung around Maiky Mulder's hips. An emotional moment for the 23-year-old kickboxer from Nunspeet. But also for his father, friends and the guidance team. What a fight it had been. Mulder was the challenger of the Portuguese Armono Monteira. The four rounds became five, because the match was still in balance after regular time. "The Portuguese started a little better. I had to get used to the first two rounds, but I did grow in the race. After the fourth round I felt that my condition was better. That came through because after the fifth round there was no longer any doubt. " Who could have thought of that.

Mulder left his football boots in the willows in his youth when he no longer enjoyed them. "My friends all stopped doing it. I went to the gym. That was fun in the beginning, but it got boring. I already looked at kickboxing on the internet. After some googling I ended up at Nakama Gym in Harderwijk. was allowed to participate in the bag training. I loved it and after a month or so was allowed to join the sparring. Training man against man."

Trainer John Kuipers remembers how his pupil came in. "Muscular, not an ounce of fat and highly motivated. He also picked up on our school's required etiquette quickly, as he picks up everything quickly." The hand-to-hand fight took some getting used to for the Nunspeter, just like his first match. "I had to compete against another newcomer. We were both nervous and the adrenaline made us both forget what we had learned. It didn't look like much, but I won."

From the newcomers, the Nunspeter quickly moved on to the amateur class. Kuipers: "Nakama Gym also continued to grow. We got a specific strength and conditioning trainer with Robin Edelman. Maiky went so well that we dared to register for a fight with the European champion. As soon as we knew it was going to happen, we made a plan." Edelman indicates the difficulty. "Maiky had to get in incredible condition and a lot of strength. But because he is on the edge of his weight class, no kilos were allowed to gain. We made a schedule. Training for ten weeks, twice a day. Maiky's talent then became really visible; it can be loaded infinitely. It breaks down in the morning training to be able to go full throttle again in the evening." Mulder looks back on that intensive period with pleasure. "John and Robin's approach ensured that I was supreme in the fifth round."

It tastes like more. "We went to the Arena last Saturday. I saw Rico Verhoeven fight there. I dream about that a bit. Now I will first continue in the semi-pro class. We take it step by step with one goal in mind: becoming a professional ."

Nakama Gym stands for togetherness, respect and loyalty. Owner and head coach John Kuipers has his roots in judo but became more and more interested in the Eastern fighting technique. "I especially liked the strict labels. I translated that into kickboxing. There are strict rules here in the gym. I am convinced that this will bring my pupils and members further in life. It is also necessary to make kickboxing a better Fortunately, we have a worthy ambassador for sport in Rico Verhoeven. We focus on three pillars: sport for people with disabilities, recreational athletes and competitive athletes."

Corona measures until January 19: the consequences for gyms, new podcasts and the holiday period · Dec 15th, 2020

Nakama Gym is starting the new location with a new schedule! · Aug 12th, 2019